An architect contacted us regarding a 20ft container classroom that was to be placed in a public park allotment in Scotland, he had some drawings to illustrate what his client required. His client also required a 10ft container for storage.

Initially it seemed that only a basic specification for electrics, lining, side removal and linking was required. However, it quickly became apparent that this build required certain U values for building control to approve it. After some extensive research, we sourced suppliers who could provide the appropriate materials. For example, the walls and roof had to have a 0.16 U value, so we could not use our regular melamine lining as this gave a higher U value. So, we used Speedline thermal laminate lining, which we built up to 172.5mm. This was a lot more costly than regular melamine, but without it, the build would not have been approved. The majority of our builds that require windows use standard anti-vandal windows, but here we needed windows with a 1.1 U value, so triple glazed windows were used. A final specification was presented to the architect, and it was a whole year later when this was approved, and the job booked in with us. 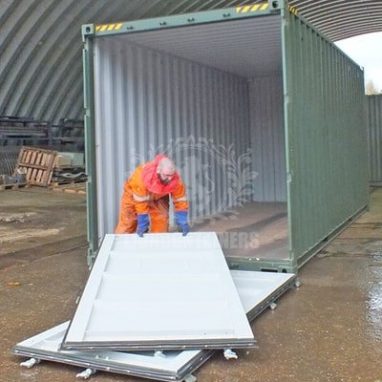 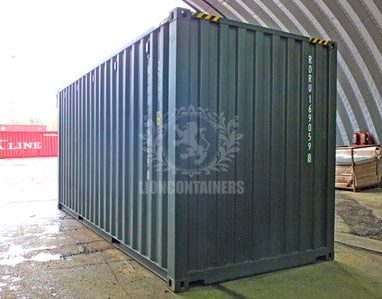 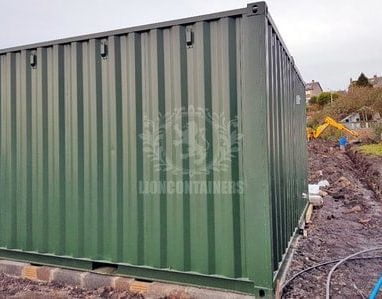 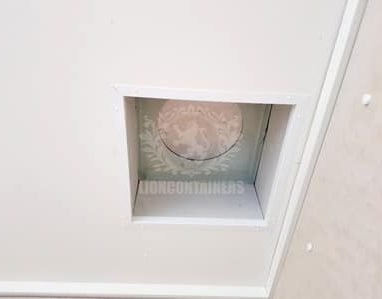 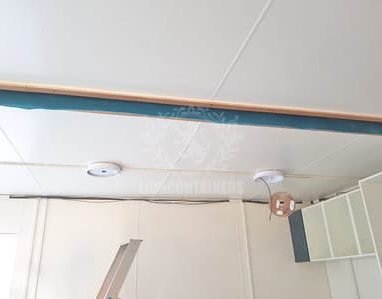 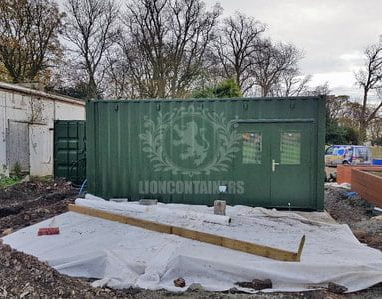 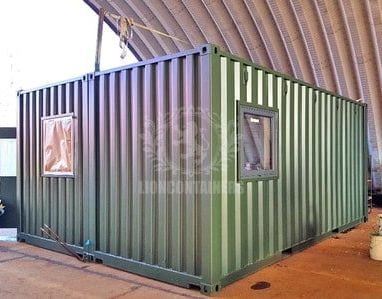 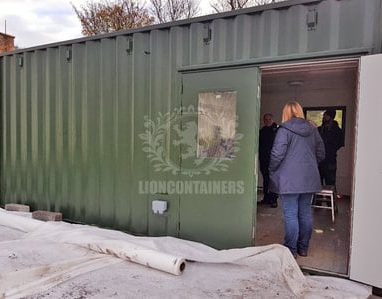 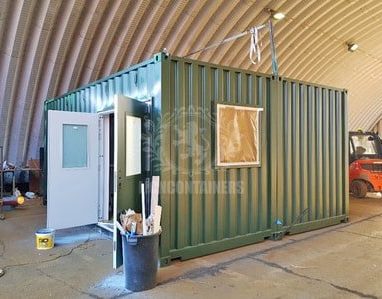 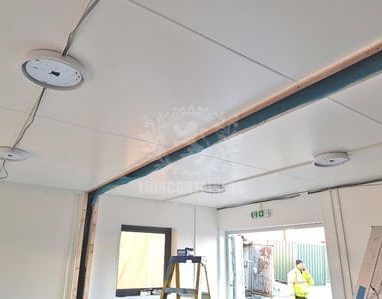 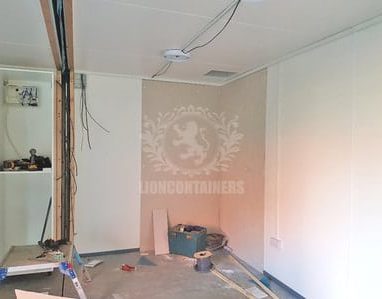 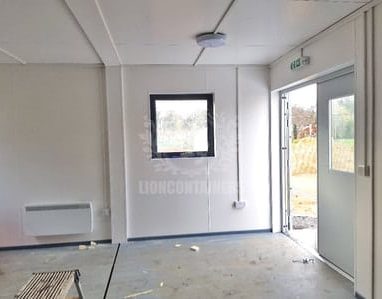 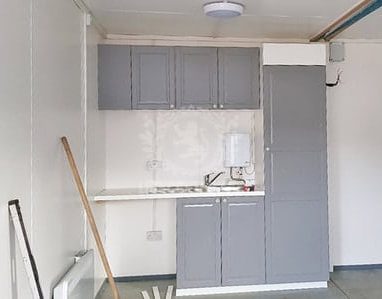 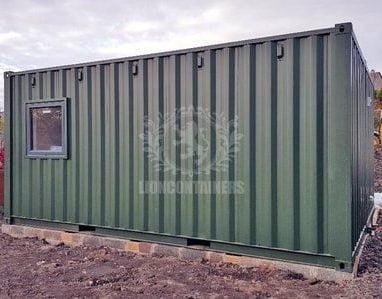 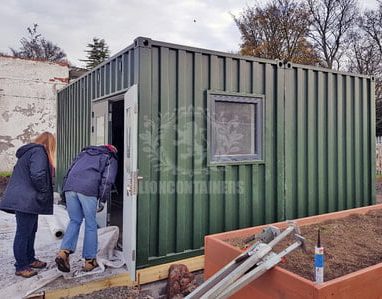 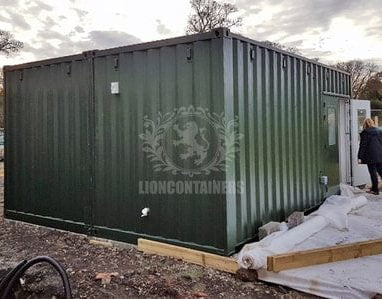 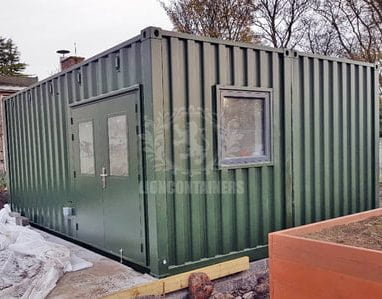 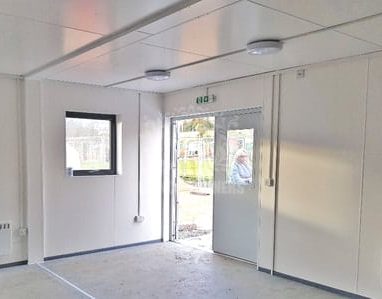 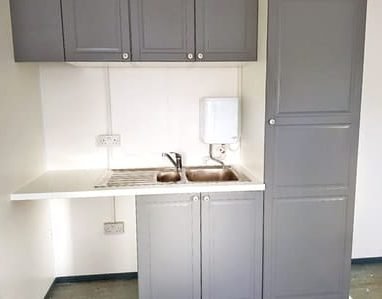 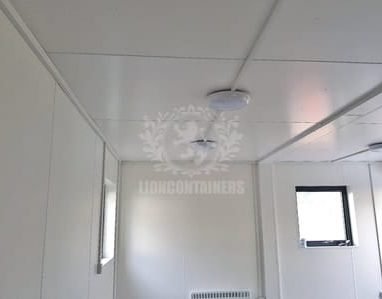 Due to the tight regulations, and the ongoing correspondence between the architect, client, building control and us, this build took 9 weeks in total from payment to delivery, which is longer than our usual build time. However, without this extra time spent, the build would not have been approved. 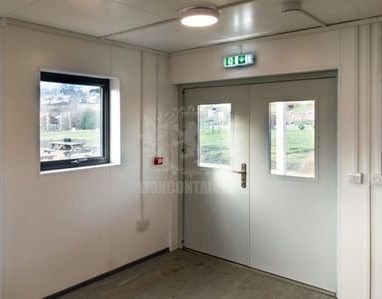 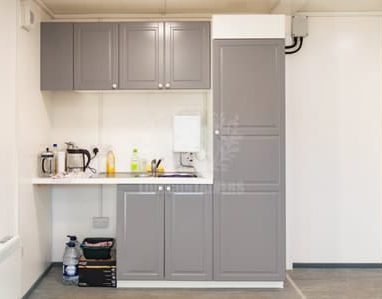 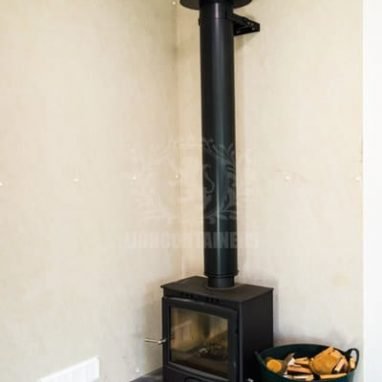 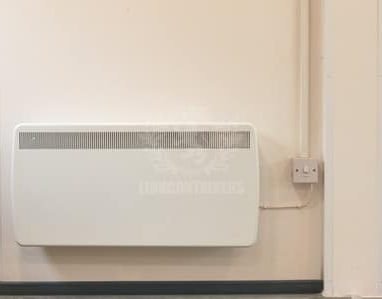 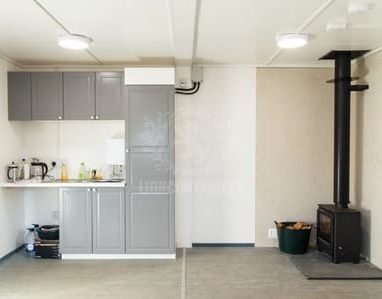 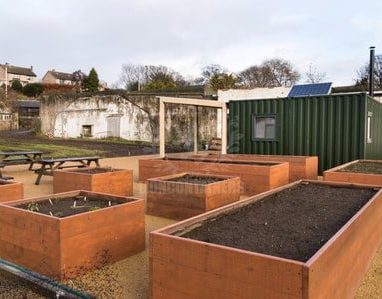 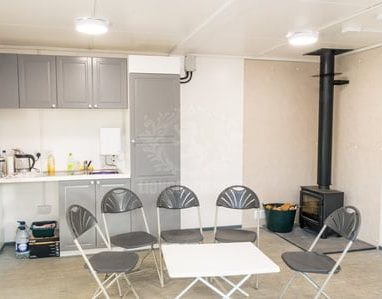 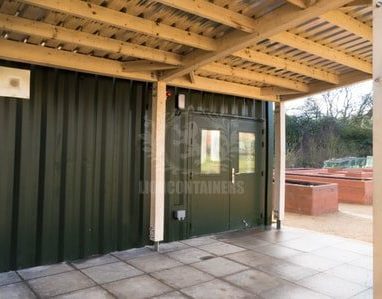