Way back in October 2016 we received an enquiry from a secondary school in West Bromwich who were looking for a couple of secure storage units for archive and general storage. The school was having a massive refurb with new buildings being built for the 2017 school term. The containers needed to be installed just before the pupils went back to school. Lucy explains the job, and the steps we went to, to ensure our client was given the best possible service.

Before Christmas 2016 I spoke with the client who was certain she would be ordering with Lion Containers Ltd as we gave a helpful proactive approach and supplied the most comprehensive quotation. We discussed the design of the units further and finalised the specification. The containers would be 20ft new (once shipped) green units, fitted with lighting, Grafo Therm and shelving. ?

For the doors we created an aperture and box frame, and installed 2 x standard insulated weatherproof personnel doors (W 910mm x H 2065mm including frame - with a 90 degree opening of 710mm). The doors had a 10 point locking system with a 5 pin anti-drill Euro profile cylinder and full door furniture. A tie back was included to avoid the door slamming, as well as a rain run-off strip above the door. The cargo doors were welded shut, this was because our client did not want to allow access from the side of the container, as that would leave people in the blast zone. 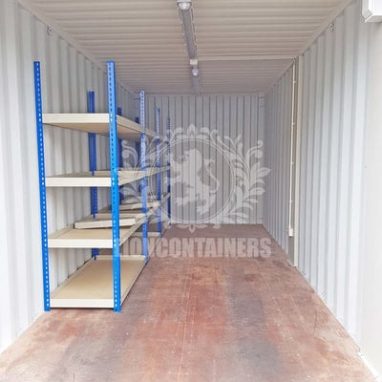 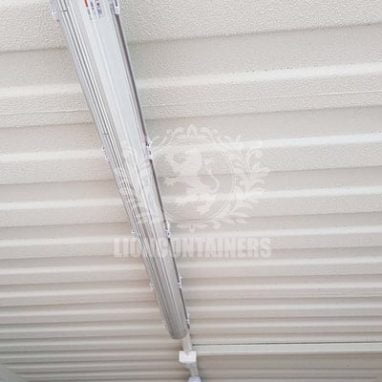 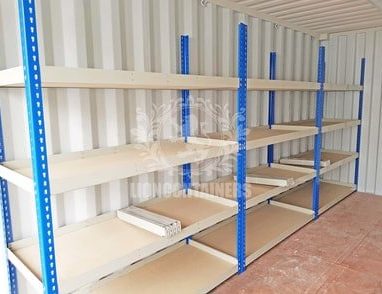 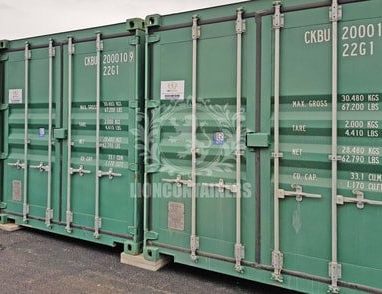