We supplied 2 x 20ft new (once shipped) containers to a company in Newcastle, and converted them into an ordnance explosion viewing platform and testing station.

The idea was for them to be moved around the country, to different viewing sites where explosions could be viewed and tested. The units consisted of bespoke explosion proof shutters, a bespoke external staircase and a complete internal workshop.

The explosions needed to be viewed from a protective position, therefore standard windows and shutters would not be suitable. We created an aperture and box frame, and installed 15mm thick fixed clear polycarbonate sheets (2500mm W x 750mm H). Two of these polycarbonate windows were fitted. The shutters needed to be anti-vandal, as well as being able to withstand high impact explosions. Therefore a bespoke concept was created by our fabrications department. Each window functions with a bespoke rail system to both sides, within this a counter weight is present to hold the shutter in a closed position. An over centre latch holds the shutter open against the action of the counterweight. Each shutter has a lanyard attached which enables the shutter to be pulled down over the over centre latch. Once the shutter passes the over centre latch it is raised slightly by the lanyard to lift and lock the latch. The over centre latch also has a lanyard attached. To close the shutter, the shutter lanyard is pulled to release the pressure on the latch. The latch lanyard is then also pulled to move the latch into its open position. With the latch held open the shutter lanyard is released in a controlled fashion. The action of the counterweight then raises the shutter into its closed position.

For the doors we created an aperture and box frame, and installed 2 x standard insulated weatherproof personnel doors (W 910mm x H 2065mm including frame - with a 90 degree opening of 710mm). The doors had a 10 point locking system with a 5 pin anti-drill Euro profile cylinder and full door furniture. A tie back was included to avoid the door slamming, as well as a rain run-off strip above the door. The cargo doors were welded shut, this was because our client did not want to allow access from the side of the container, as that would leave people in the blast zone.

A staircase was required for access between the containers. It was positioned behind the units and was only allowed to extend from one side of the container, this was to avoid people being in the blast zone. We supplied the staircase and raised it on site. It was a completely bespoke construction, and this was to allow the unit to be disassembled and reassembled with ease.

To give the containers a professional external finish, we blew in the paintwork with self-priming specialised container paint. We also supplied a set of double ended twistlocks for stacking purposes.

We installed 2 x 5' twin anti-corrosive light fittings and switches, 4 x amp twin sockets, 2 x 2KW wall mounted convector heaters, and a 240V external commando socket with appropriate electrical protection. We also supplied an electrical certificate. An additional 240V external commando socket was fitted to allow the units to be connected together when on the same site. We created a 3" diameter aperture in the front wall, and a steel box section frame surround. This cover aperture had a galvanised steel gland plate bolted from the inside for the power inlet.

A 20ft crane lorry delivered the units to the Newcastle address, and a successful off load and stacking exercise was undertaken. 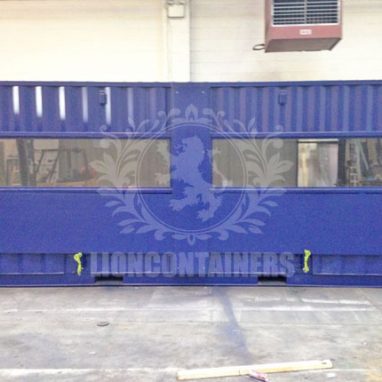 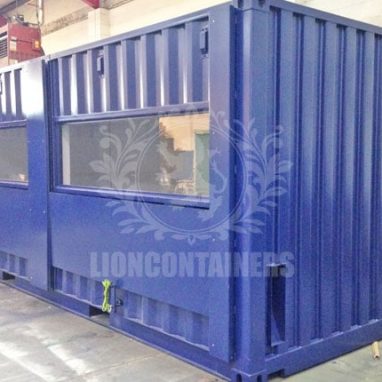 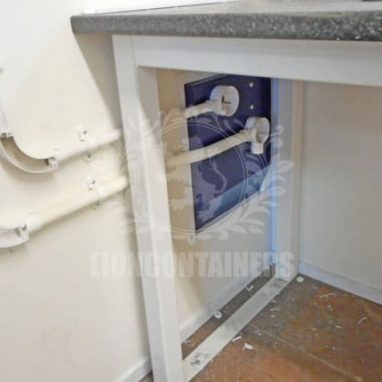 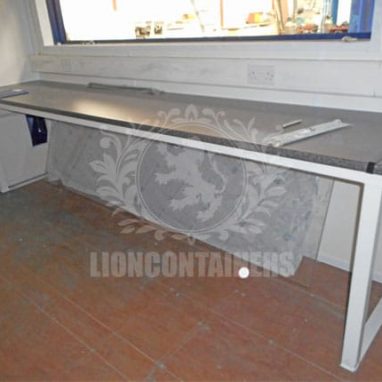 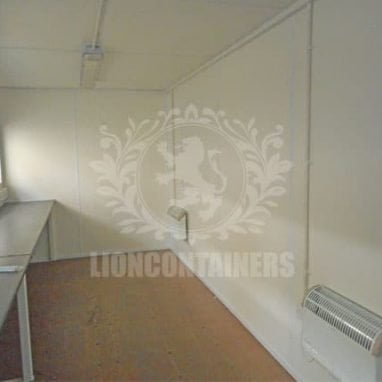 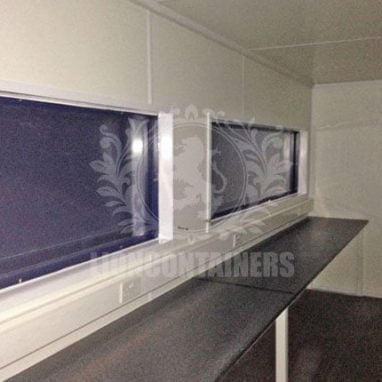 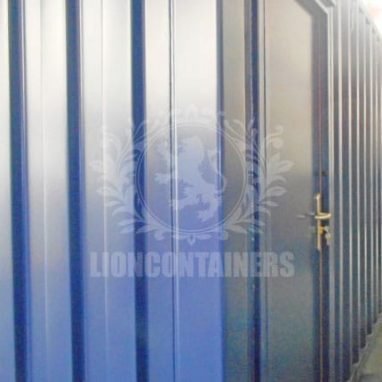 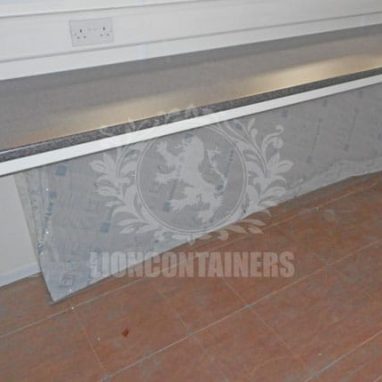 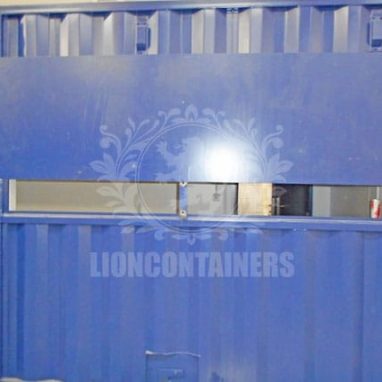 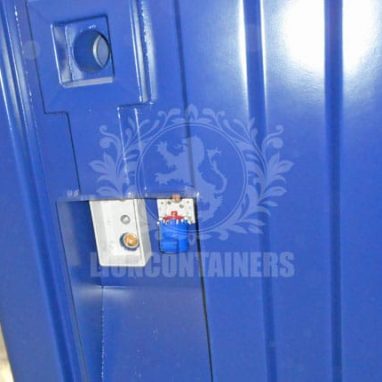 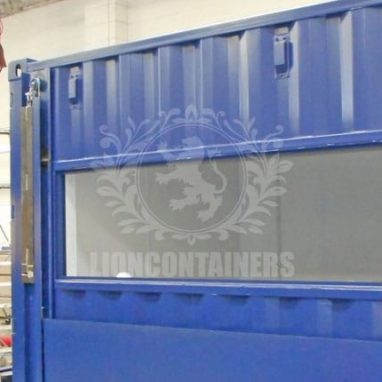 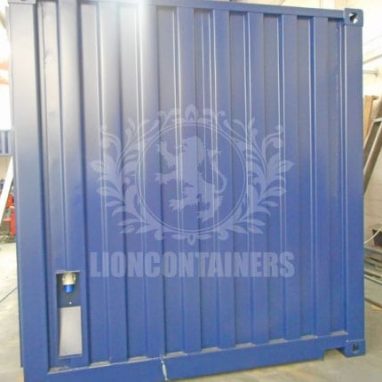