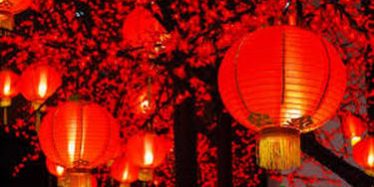 What?! No containers in the UK because of the Chinese New Year?

Nah, dont be silly, we are far too prepared for that. Although the worlds biggest container manufacturer is shutting down to celebrate the Chinese New Year, we arent worried. Here at Lion Containers Ltd we hold an abundance of stock throughout our UK depots. For example, we have just unloaded over 200 20ft new (once shipped) and used containers into Felixstowe and they are on their travels once again to our various locations around the country! These containers had to be ordered in October 2014 to allow them to arrive before the Chinese New Year!
The Chinese New Year affects stock in all different trades, including the container industry. Imagine a dock full of 50 boats, throughout the year these boats travel in and out of china. However, during Chinese New Year there is no stock to put on the boats, so they are all at the docks waiting for someone to bring something for them, but nothing shows up for an entire month! (might as well join the party). Then after New Year, everything runs as normal again.

During Chinese New Year, all manufacturing factories in China shut down for almost an entire month.  As you can expect, this greatly affects container stock. At Lion Containers, we plan ahead and order in plenty of containers to fill our inventory prior to Chinese New Year to supply our customers. China is the main supplier of all containers, so if there are no containers being made, then the ships can only carry what is already there. A lot of shipping voyages get cancelled during this time of year for that reason. This makes it very difficult to get stock during the New Year. Meaning, during the New Year the availability of containers is fairly limited.

Chinese New Year falls on Thursday 19th February this year, which means February and March may have low availability.  But come Easter, container availability will be on the up again! So, when your usual supplier tells you they cant supply your containers because of the shut down, you know where to come! We look forward to speaking to you soon.