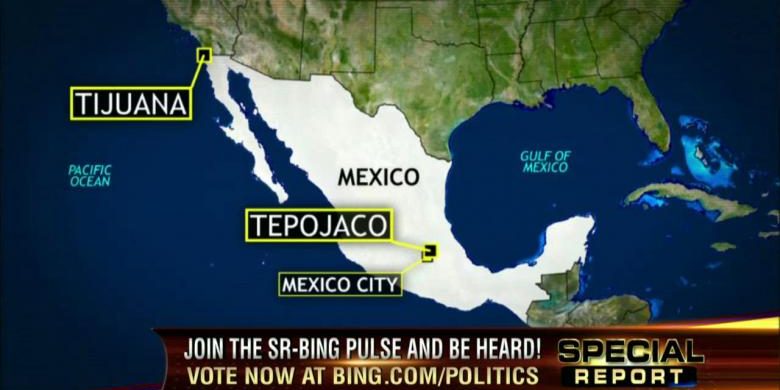 Thanks to FoxNews.com for this news.

Stolen radioactive material that was reported missing in Mexico early Wednesday has been recovered and there’s no risk to the surrounding population, a Mexican official said. The material had been inside a shipping container, onboard a truck that was reported stolen from a gas station early Tuesday, said Juan Eibenschutz, director general of the National Commission of Nuclear Safety and Safeguards. Eibenschutz said the area is about a half-mile from the nearest town and so far poses no threat or need for evacuation.

The container contained cobalt-60, and was carrying it to a nuclear waste facility in the state of Mexico, which is adjacent to Mexico City. Eibenschutz said direct exposure to the cobalt would result in death within a few minutes. The material was used in obsolete radiation therapy equipment that is being replaced throughout Mexico’s public health system. It was coming from the general hospital in the northern border city of Tijuana, Eibenshutz said.

Before the container was found, he said the thieves most likely wanted the white 2007 Volkswagen cargo vehicle with a moveable platform and crane. On average, a half dozen thefts of radioactive materials are reported in Mexico each year and none have proven to be aimed at the cargo, Eibenschutz said. He said that in all the cases the thieves were after shipping containers or the vehicles. In a Mexican case in the 1970s, one thief died and the other was injured when they opened a container holding radioactive material, he said. The container was junked and sold to a foundry, where it contaminated some steel reinforcement bars made there. Eibenschutz said all foundries in Mexico now have equipment to detect radioactive material.


We would love to hear from you if you have found something interesting, or have done something interesting with a shipping container. Let us know and we’ll publish your story with a link to your company (if applicable), we will also publish it on Twitter with the hashtag
#ShippingContainerStories. Email
marketing@lioncontainers.co.uk with your story.
Comments are closed.