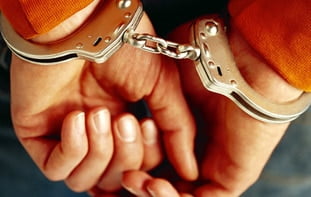 A shipping container has been used as a getaway vehicle by one of Ireland’s most dangerous criminals.


Pascal Kelly (48), whose gang murdered Real IRA boss Alan Ryan, managed to remove an electronic ankle tag whilst on bail awaiting trial in Northern Ireland for money laundering. He claimed he was going to live in Ballyjamesduff, Co Cavan but sources say he ripped off electronic tags which had been placed on him before wearing a disguise to flee the country. It is understood that he managed to board a shipping container.

Kelly is also facing charges in this jurisdiction for threatening to kill a garda and about tax affairs after a major investigation by the Criminal Assets Bureau (CAB). He has previously survived two murder attempts dating back to the 1990s and has more than 30 convictions for offences including burglary

We would love to hear from you if you have found something interesting, or have done something interesting with a shipping container. Let us know and we’ll publish your story with a link to your company (if applicable), we will also publish it on Twitter with the hashtag
#ShippingContainerStories. Email
marketing@lioncontainers.co.uk with your story.
Comments are closed.