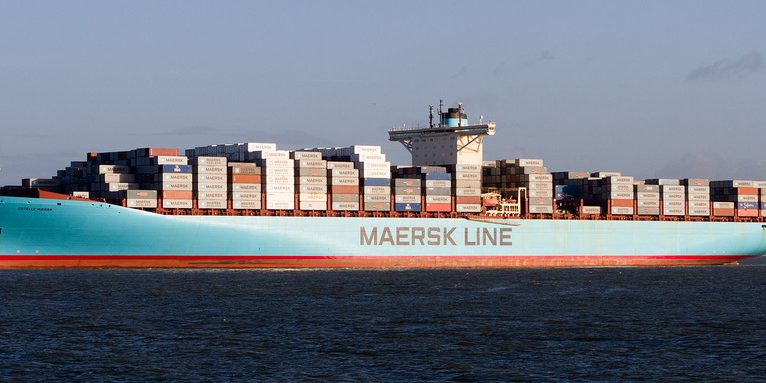 Four Times The Size Of The Titanic, The Estelle Maersk

So today I came across some info about this bad boy of a container ship, the Estelle Maersk. Im sure you have all been reading about the CSCL Globe and this isnt quite as large. However, considering it was built in 2009, it’s still quite impressive.

This giant vessel is 400m long with a gross tonnage of 157,000 tonnes!! She is four times the size of Titanic and higher than a 22 storey building! She can carry 11,000 TEU (twenty-foot equivalent units) on her deck which, if transported by rail, would require a train more than 70km long! This great ship is powered by one of the largest diesel engines, which pushes her along with 110,000 horse power at up to 50km per hour.

The captain of the ship has a major job to steer and control this giant piece of floating steel. They have to have several years of training and experience behind them to take on this role. Even when the ship arrives at port, the teams there have a massive challenge of loading and unloading as well.

As soon as each container arrives it’s delivery details are loaded into the system. This enables the whole team involved with loading these units, to access the required information. The team will load the containers quickly and efficiently – moving over 10,000 containers per day should have given them enough practice by now!

When containers are loaded onto the ships they are sorted by destination, by ship and by weight. The machinery that is used to load and unload the containers is called a gantry crane. This equipment is around 89m high and weighs 17 tonnes – youd certainly need a head for heights to do this job!! When the containers are in the air and hovering over the vessel, the drop is usually about 80m down to the deck.

So there you go, a few little facts for today to get you thinking. The next time youre chowing down on a banana or plum, remember the journey they probably had to get here!