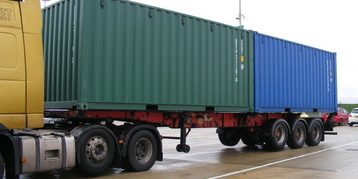 68 immigrants, two of which were pregnant women, were found last night locked inside a shipping container at Harwich International Port in Essex. 53 of those found were adults, and 15 children.
The East of England Ambulance Service are said to have been called to the port at 10pm, and seven (including the pregnant women) were taken to Colchester General Hospital. It has been reported that they were suffering from “abdominal and chest pains… and feeling faint”, and the other 61 are now with the UK Border Agency after being assessed.

Essex Police said Border Force staff were taking the lead on the incident as it “relates to immigration offences”. Matthew Broad, from East of England Ambulance Service said ”
w
ith the numbers being over 60, we launched our full major incident plan and sent resources including our hazardous areas response team so we could ensure that all those people were thoroughly medically checked.”
He added: “We do know from experience now that patients that have been in containers or lorries for some period of time can be dehydrated, and suffer other medical effects.”

A Home Office spokesman said ”
four Polish nationals, who were driving the vehicles, have been arrested on suspicion of facilitating illegal immigration. They have been taken to separate police stations and will now be questioned by the Home Office’s criminal investigations team while enquiries continue.”